Over the weekend, another chemical attack was launched against Syrian civilians in the town of Douma, taking over 40 innocent lives and injuring upwards of 500.  Devastation was everywhere. Victims of the attack on Douma, photo courtesy of The New York Times

The first wave of this attack appeared to use chlorine gas.  The second wave – which came roughly 30 minutes later – seemed to be much stronger, as the gas penetrated homes and other buildings, causing instant death.  Unfortunately, mostly women and children were among the deceased and injured.

This last attack is the most recent in a string of chemical attacks to have plagued Syrian civilians.  Syria has been experiencing a civil war over the past seven years, between President Bashar al-Assad’s regime and rebel forces.  Douma was the last remaining rebel-held territory, occupied by the Jaysh al-Islam group.  After refusing a surrender deal, Jaysh al-Islam and surrounding civilians suffered from air strikes launched by the regime on Friday night, followed by alleged chemical attacks on Saturday. 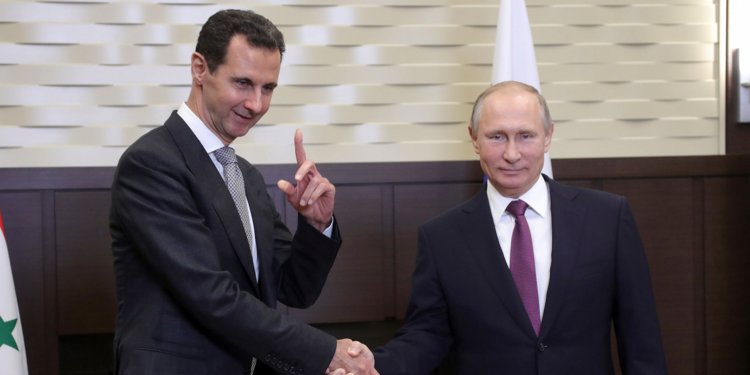 In all, the Syrian government and its allies – the Russian and Iranian militaries – have launched several similar attacks in recent years, killing over 1,600 people.  Enough is enough.

I don't know what to do or what to say, we're in front of an unlimited criminal mind of Assad, #Douma which has over than 100K civilians being attacked many times by #Chemicalweapons today, 40 killed and 500 infected at least.
Be their voice and shake the world pic.twitter.com/Wf8DVXQhPV

We must bring an end to this carnage.  “This is about humanity, and it can’t be allowed to happen,” said President Trump, who has joined other world leaders in condemning these attacks.  It is our responsibility as a human race to put a stop to these heinous crimes.  We may be thousands of miles away from disaster, but we are all connected and effected by such injustices.  Now, more than ever, we must band together to ignite change.  The Internet, and social media itself, have given rise to major movements in the past.  It is time for the powers that be to bear witness to another attack, this time from a worldwide army, larger than any one nation.

1 Response to Enough is Enough