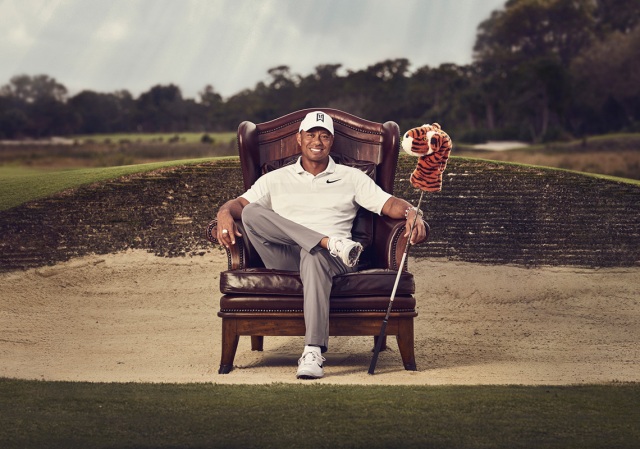 The King is back. Love him or hate him, there is no denying that Tiger Woods is arguably the greatest golfer to ever play the game.  Struggling with injuries over the past number of years has kept Tiger, for the most part, off the golf course and in the gym rehabbing.  And his good behavior has kept him out of the tabloids.

This past weekend he played at the Masters Tournament and although he did not finish in the top 10, the golf industry is just happy to have him back in the game and competing in tournaments.  Tiger may not be consistently bombing drives and sinking 60-foot putts like he did when he was was at the top of his game, but fans do not seem to mind, as more people are tuning in to golf now that he is back on the links. There is an intangible energy that Tiger brings to the game of golf like no other golfer can, and there is much evidence to support the fact that Tiger is good for golf.

Nielsen pointed out that Tiger is the king of golf social media with 3.5 million social media engagements on Facebook, Twitter and Instagram in January-March 2018.  In the March 2018 Valspar Championship the power of Tiger on social media was in full-effect, commanding 71% of all Tweets related to the tournament.

In this tournament, the golf world was watching in levels not seen in years as Tiger appeared to be back on his game, eventually finishing in second.

Nielsen also notes below that television studios know that Tiger is a draw for audiences, showing that Tiger gets way more airtime than any other golfer. 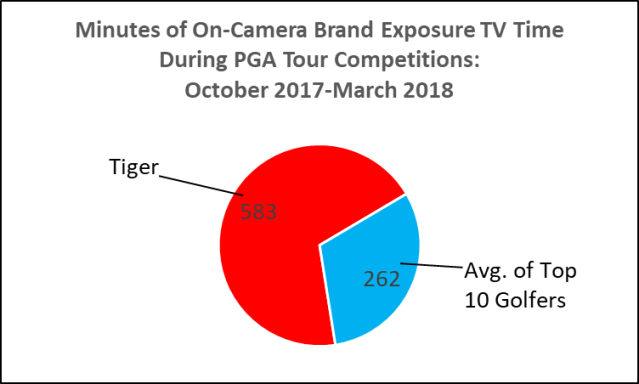 All of this is promising for a sport that has been slowly dying over the last decade, with large golf retailers filing for bankruptcy and golf courses closing as participation in the sport has declined.  The golf world, however, needs to find more ways to grow the popularity of the sport because Tiger will not be around forever and counting on another Tigeresque character to enter the scene would be foolish.  Golf cannot compete with most other sports in sheer excitement, so finding a way to have it appeal to the masses is certainly a challenge.

This entry was posted in golf, Sports, Television, Uncategorized and tagged sports broadcasts. Bookmark the permalink.

3 Responses to The Tiger Effect