“Do what we say, not what we do”–Beware of Geeks Bearing Gifts 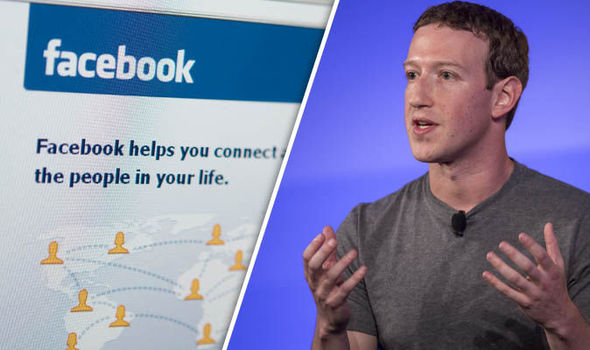 While Facebook founder, CEO, and chairman Mark Zuckerberg is not yet on the level of the Pope, the Dalai Lama, or the ancient Greek philosophers, he seems to be quoted as often.

Here are some samples:

“Facebook was not originally created to be a company. It was built to accomplish a social mission – to make the world more open and connected.”

‘Our philosophy is that we care about people first.’

“When you give everyone a voice and give people power, the system usually ends up in a really good place. So, what we view our role as, is giving people that power.”

“By giving people the power to share, we’re making the world more transparent.”

“The question isn’t, ‘What do we want to know about people?’, It’s, ‘What do people want to tell about themselves?’

“Unless you are breaking stuff, you are not moving fast enough.”

Fair enough.  Here’s a kid who started the world’s largest social platform in his dorm room at college.  Clearly, he has vision, business acumen, passion, and instinct for what drives people and how to harness that on an internet platform that connects now about a third of the world– that’s 2.2 billion people out of a probably 7.5 billion who inhabit the planet.

But the green lights that have marked the growth of Facebook, the myriad of swooning corporate executives who thought he was the Second Coming of corporate wisdom, and the “we want to make the world a better place” quotes that no one seemed to associate with utopias that never materialized, are now seeing amber caution lights along the runway.

First there is the business model that Facebook adopted when it went public, its so-called social strategy of give people the power to share.  It would take information gleaned from those shares, people’s social graphics, and sell it to advertisers.  At least it did so at first.

“Advertising works most effectively when it’s in line with what people are already trying to do. And people are trying to communicate in a certain way on Facebook – they share information with their friends, they learn about what their friends are doing – so there’s really a whole new opportunity for a new type of advertising model within that.”

And that was the money shot–the huge trove of information that people shared about themselves and their friends that no one could get at before–not Nielsen, not Madison Avenue with hidden images in ads, not movie scenes that populated props with brand names.  But Facebook could with its “what’s on your mind?” and posts.  They could listen to people’s conversation to their friends and see how they wanted to be seen by others.

Soon after, Facebook was accused, as was Twitter, of accepting accounts from foreign groups, identified as Russian hackers, who used the platform to incite voters to favor one candidate over the other, according to the CIA.

Then Facebook was accused of selling social graph information to unscrupulous vendors and firms who re-sold it and packaged it to nefarious third parties, opposition research firms, who used it to sway U.S. elections according to the FBI who named Cambridge Analytica, a firm founded by former presidential advisor Steve Bannon who harvested private data from 50 million Facebook users.  Mr. Zuckerberg also promised to fix that, as well, a promise he will have to make before Congress, evidently, since he was summoned to testify.

Here’s Mr. Zuckerberg’s mea culpa, delayed as he got his message and information together:

“60 Minutes” Lesley Stahl interviewed Trump’s digital media campaign advisor, Brad Parscale, on how he worked with Facebook and their employees to mine voter information and influence them.  He’s ingenious and very humble about the technique, but Ms. Stahl was gobsmacked by the process:

Now comes a secret memo that a Facebook vice president defending the social media platform’s “growth at any cost” philosophy even if it caused deaths from a terrorist attack organized on the platform. “Maybe someone dies in a terrorist attack coordinated on our tools. And still we connect people. The ugly truth is that we believe in connecting people so deeply that anything that allows us to connect to more people more often is ‘de facto’ good.”

Facebook employees are of a mixed mind about this.  Some are tweeting journalists that they vehemently disagree with the growth at all costs philosophy.  Others support the policy, while others are deleting past posts in hopes no one can recover them or their controversial opinions.  One thing is clear, Facebook posts are going to be a lot less transparent going forward.   Zuck doesn’t like apology tours.

As to “expressing our true selves,” and making the world more transparent through connectivity that Mr. Zuckerberg says Facebook allows us to do, remember the meme, attributed to a user named Andrew Lewis as blue_beetle who famously said,

“When something online is free, you’re not the customer, you’re the product.”