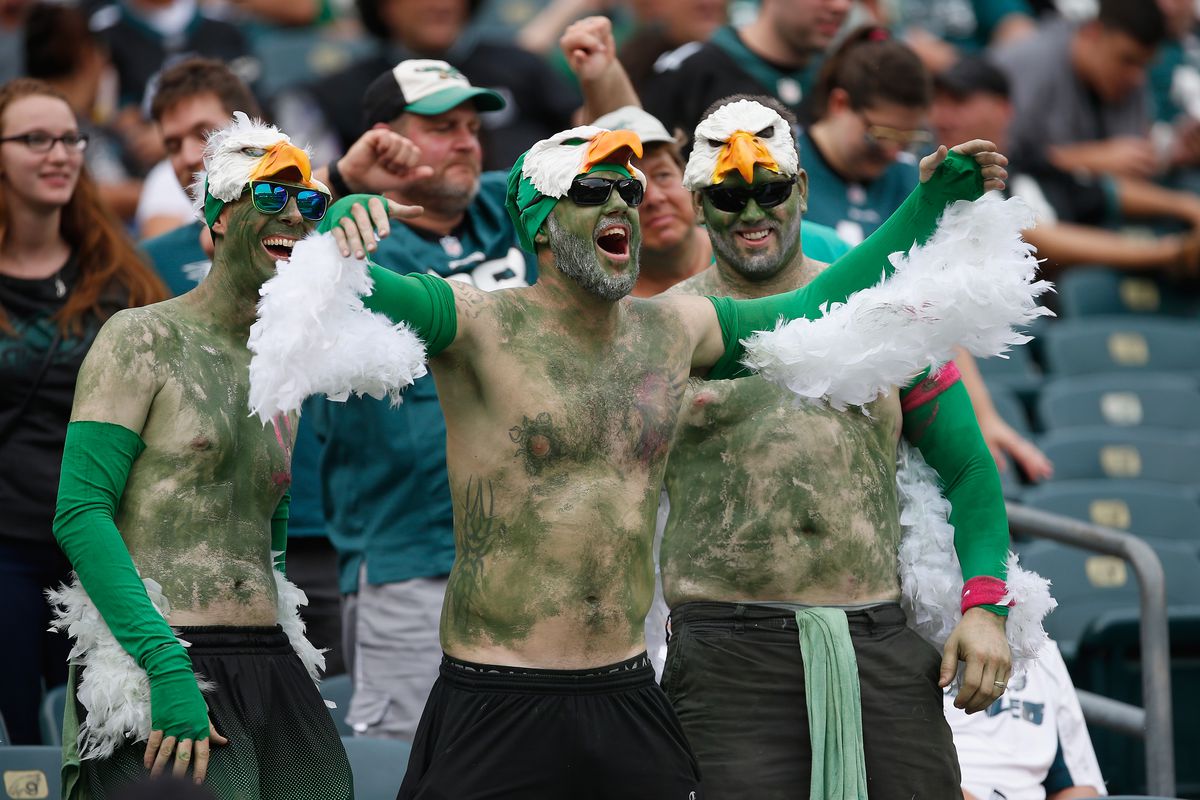 Vikings fans are being warned if they are traveling to the City of Brotherly Love not to drink or get inebriated or wear Vikings paraphernalia at Sunday’s NFC championship game because “Philadelphia is like a foreign country.” And if the Vikings win, they caution, “take off your jersey….quickly.” Some Midwest companies, Minnesota media is reporting, seem to think that no Vikings fans will make it out of Philadelphia alive.

This is not entirely gratuitous advice.  Philly fans are noted for their exuberance if not violent behavior, whether it be after a win or a loss. 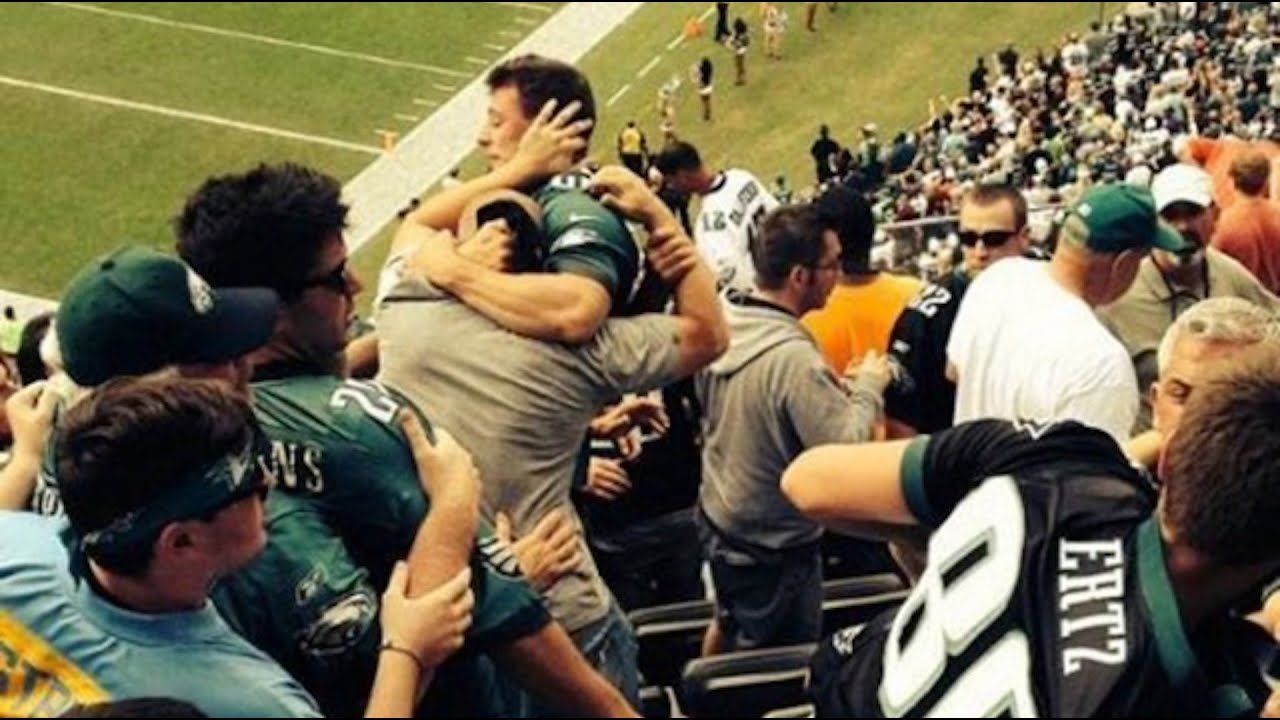 It is also not just a feature unique to Philadelphia fans.  Tribalism is a fundamental human trait.  Just as citizens during the Civil War went out to watch the First Battle of Bull Run, sports fans of all stripes and colors feel a certain thrill in seeing (and wearing) the uniforms and symbols and battle gear of their team.  Bizarre costumes and face makeup in homage to their team are a common site at the Linc and elsewhere.

Tailgate parties before and mayhem after the game are part and parcel of this tribal rite.  As in the photo here, law enforcement is put on alert so as to contain or in some cases arrest unruly fans.  No doubt similar preventative measures are being taken by the Philadelphia Police Department in advance of Sunday’s championship game.

Experiments conducted over many years by social psychologists reveal how swiftly and decisively people divide into groups and discriminate in favor of the group to which they belong.

More broadly, the tendency to form groups and then favor in-group members has the earmarks of instinct, according to the famous biologist E.O. Wilson.  Perhaps it is an outgrowth of family ties, what psychologists call “prepared learning,” the propensity to learn something quickly and permanently, they say.  The trait has even been linked to natural selection so that humans (and other mammals) could protect themselves.  This easily translates into tribalism and why individuals prefer the company of others of the same race , nation, clan, and religion.  And anger comes quickly at evidence that an out-group is behaving unfairly and hostility to any out-group encroaching upon the territory or resources of their in-group.  Translation: the Vikings are invading Philadelphia.

Psychologists have also found that there is also little or no guilt in the pleasure experienced from watching violent sporting events and war films, providing that area of the brain, the amygdala, ample reason to urge behavior that destroys the enemy.  This should not be news to Eagles fans.

So, Vikings fans, do what they advise in Minnesota and tread softly in Philadelphia’s version of the Roman Coliseum and the gladiators called the Philadelphia Eagles, at least on Sunday.  And hopefully for Eagles fans, we’ll have another enemy to vanquish in two weeks.

This entry was posted in Psychology, Social Behavior, tribalism, Uncategorized. Bookmark the permalink.