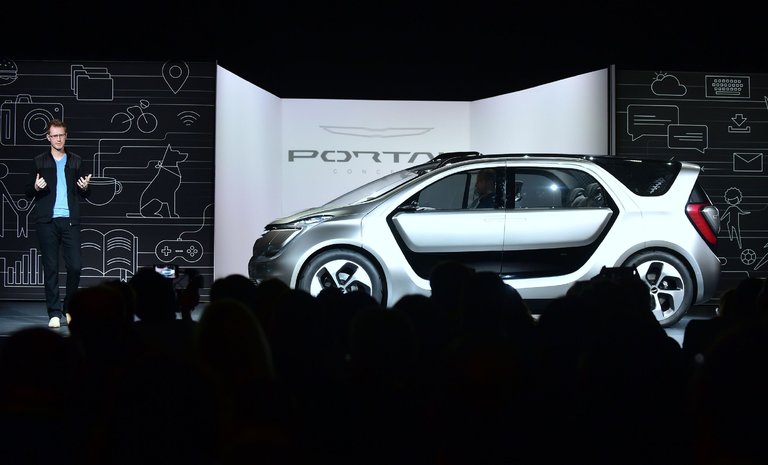 Matt Dunford, a designer, with the Fiat Chrysler Portal. It would make             automatic adjustment based on a driver’s preferences and even read     your mood.

The Band’s former lead guitarist, Robbie Robertson, once did a song called “Somewhere Down the Crazy River,” a haunting melody of sleeplessness, nostalgia, neon lights and heading down to Madame X to have his mind read. Now he could just get in a Fiat Chrysler Portal and have it done. No voodoo needed. Biometric indicators and cameras can do the job. No questions asked.

According to NY Times reporter John R. Quain, automakers are looking to personalize the driving experience with cars that stare back at you, quietly adjusting seats and driving modes. They may even anticipate your wants and desires by playing your favorite music based on your mood. And it’s not only about convenience, but also about the possibility of improving safety and security.

Zachary Bolton, a systems and technology engineer at Continental Automotive Group, explained how sophisticated the systems will be:  “We can use the gleam, the twinkle in your eye to determine precisely where you’re looking” so that engineers can then dynamically adjust the so-called human machine interface, putting critical information, for example, about a stalled car up ahead, or the fact that you are about to exceed the speed limit, directly in a driver’s line of sight on the dashboard or in a heads-up display on the windshield. Conversely, by tracking downward eye movements, the car could “see” that a driver was distracted and sound a warning.  No word yet on on whether the GPS man or woman will ask you, “Having a bad day, Pookie?”

Watching a driver’s face can also give a car important clues about that person’s state of mind. For several years, carmakers like Ford and tech companies like Intel have been interested in determining whether a driver is happy or sad. Depending on your mood, a car could change its tune, playing a bouncy Beach Boys song and changing the interior lighting to improve your attitude.

Honda’s NeuV concept car, for example, has a large customizable LCD dashboard and a cloud-connected, onboard computer that uses artificial intelligence to interact with drivers. NeuV employs what the company coyly refers to as an “emotion engine” to grease the wheels of the conversation, and its automated personal assistant can read “facial skin vibrations” to help it isolate the driver’s voice and better understand spoken commands.

Here’s how you might set it up to personalize your car to you. 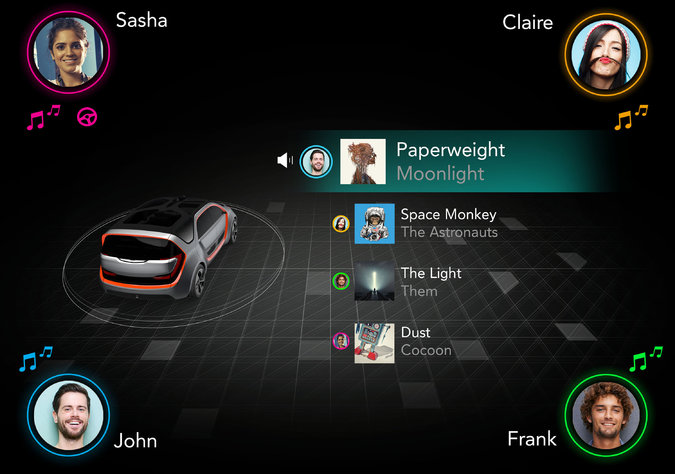 And a biometrically-controlled car is both a safer car for the driver (less road rage perhaps not to mention attention lapses) and as a theft deterrent.   External camera mounted in the door frame to detect the car’s owner and automatically unlock the vehicle. How about hackability using a photo of the car’s owner?

Stereoscopic video cameras, for example, can tell the difference between a flat image and a three-dimensional object. Continental’s cameras measure the distance of reflected light off various parts of a person’s face, ensuring that it is a real object rather than a high-resolution shot of the owner’s visage.  Some systems have added blink detection and aliveness detection. 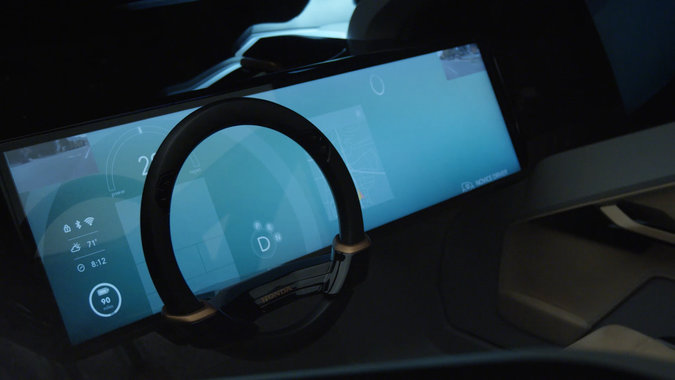 Honda’s NeuV concept car has a large customizable LCD dashboard and a cloud-connected on-board computer that uses artificial intelligence to interact with drivers.

And it’s all coming to a car dealership near you. By the end of the year, Ford plans to add Amazon’s Alexa personal assistant to some of its cars. It will not only allow personalized music stations to play with a voice command, but also enable drivers to juggle chores like adding items to an existing grocery list with just a few words.

Oh, you’re concerned about privacy?  Well, you can turn off such ge0-location devices as GPS or Waze but all that biometric data that’s being generated leaves tracks.

Like the Voodoo woman in the Robbie Robertson song says,

“There’s one thing you got to learn

“Is not to be afraid of it.

“But you’ll learn to love it later.”

Maybe so. Maybe it’s like the dopamine rush of your iPhone buzzing with a text. Regardless, it’s coming.