Rachel Shechtman is Reinventing Retail–One Story at a Time

How will digital, AI, and the Internet reconfigure or re-imagine the retail experience?  We already know that Amazon.com has disrupted the traditional retail offline buying experience of bricks and mortar.  And drones are said to be in its future in order to make the “last mile” a frictionless event.

But will Siri, Alexa, and other personal assistants play a role in retail?  Will it all be online using virtual fitting rooms via virtual reality headsets?

Not entirely  say scores of leading retailers and fashion brands, according to reporter Elizabeth Paton in her NY Times piece, “A Glimpse of Our Shopping Future.”

Bricks and mortar and the physical experience of shopping are not going aeay, accordinbg to a reported by Bain & Company.  While 70 percent of high-end purchases are influenced by online interactions, Bain maintains that stores will continue to play a critical role, with 75 percernt of sales still occurring in a physical location by 2025.

By changing a store’s primary purpose. By “augmented retail,” in the words of one fashion leader.  A blend of the digital and physical allowing a shopper to shift seamlessly between the two realms. 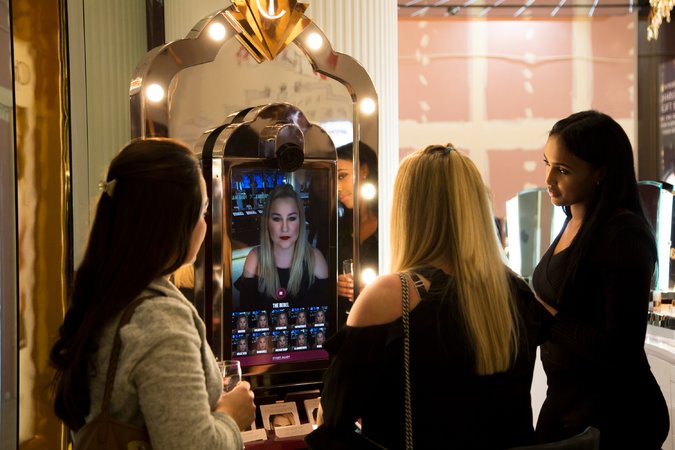 Example–“the magic mirror” by British cosmetic company Charlotte Tilbury, a virtual makeup selling tool that allows users to try on different looks that are digitally superimposed onto their faces in 40 seconds.  Photos can be emailed which can they be used to purchase the product.  The challenge here, according to those in the fashion know, is called “digital empathy,” making the technology feel facilitative rather than like a barrier.

Sounds good to me.  Would I look good in that Hugo Boss suit?  How about that “untuckit” shirt? Or those tan suede chelsea boots that Josh Grobin wore at his last concert? 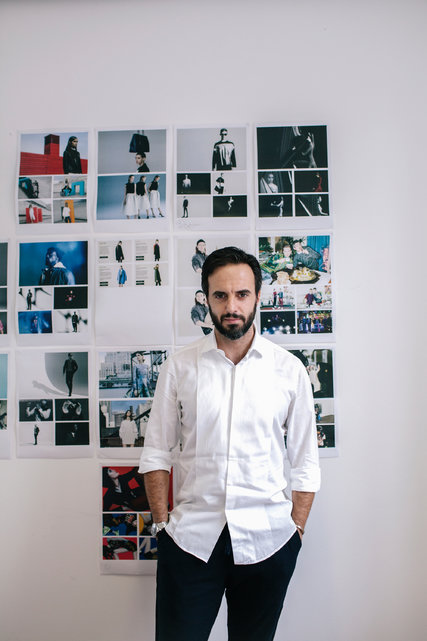 The founder of Farfetch in an untucked shirt.

What Rachel Shechtman, the founder of Story, a store in Manhattan, has done is taken that concept further than most. The store, opened in 2011, was created to present its point of view like a magazine, one that gets a complete makeover with a new design, range of products and marketing message every four to eight weeks.

Story has multiple revenue streams. One is with sponsors, who can use the store to create “living advertorials” with singular themes, and where companies can then promote items to consumers as they shop; brands, corporations and retailers pay $500,000 and up for a “feature” slot. Features have included “His Story,” sponsored by Braun, Old Spice and Gillette, with a hot towel shave station offering free shaves daily, and a “Making Things” story, sponsored by General Electric, with MakerBot 3-D printers and injection molding machines.

“If time is the ultimate luxury and people want a higher return on investment of their time, you need to give them a reason to be in a physical space,” said Ms. Shechtman, who has worked with more than 4,000 brands and who consults for a range of big-box retailers, according to Elizabeth Paton of the Times.

Move over, Amazon, or maybe move up to the times.  The future belongs to those who can invent it and  make it real.

Rachel Schechtman’s store, Story, is one such foray into the future today.