Monty Python’s Flying Circus changed American humor the way the Beatles’ “Sgt. Pepper’s Lonely Hearts Club Band” changed rock’n’roll in the U.S.  A British invasion of humor and new music.  The silliness DNA of Eric Idle, John Cleese, Terry Jones, Graham Chapman, and Carol Cleveland led to, among others, the social satire of  John Oliver and “Last Week Tonight”.  The crazy, off-beat, quirky, and “now for something completely different” brand of humor captivated audiences of Monty Python and in Mr. Oliver’s case, brought an  often strident, biting, and also wry and ironic observation of what Americans think is normal or OK but on reflection and analysis may be quite absurd not to mention funny.  Add in Oliver’s British accent and Monty Python once again emerges.

One of the iconic scenes (and songs) from Monty Python has actually worked its way into the science of aging and what keeps us going, memorialized by this totally unlikely song sung by a crucified Eric Idle in what appears a morbid, not to mention slightly sacriligious scene in which Idle encourages his fellow cross-bound colleagues to “look on the bright side of life.”  I can only imagine the scene played at Easter (but I digress).

Researchers are finding that thoughts like “seeing the glass half fuull, not half empty,” “turn your face toward the sun, and the shadows will fall behind you,” as well as “look on the bright side of life,” may do far more than raise one’s spirits, according to NY Times health reporter Jane E. Brody, “they may actually improve health and extend life.” 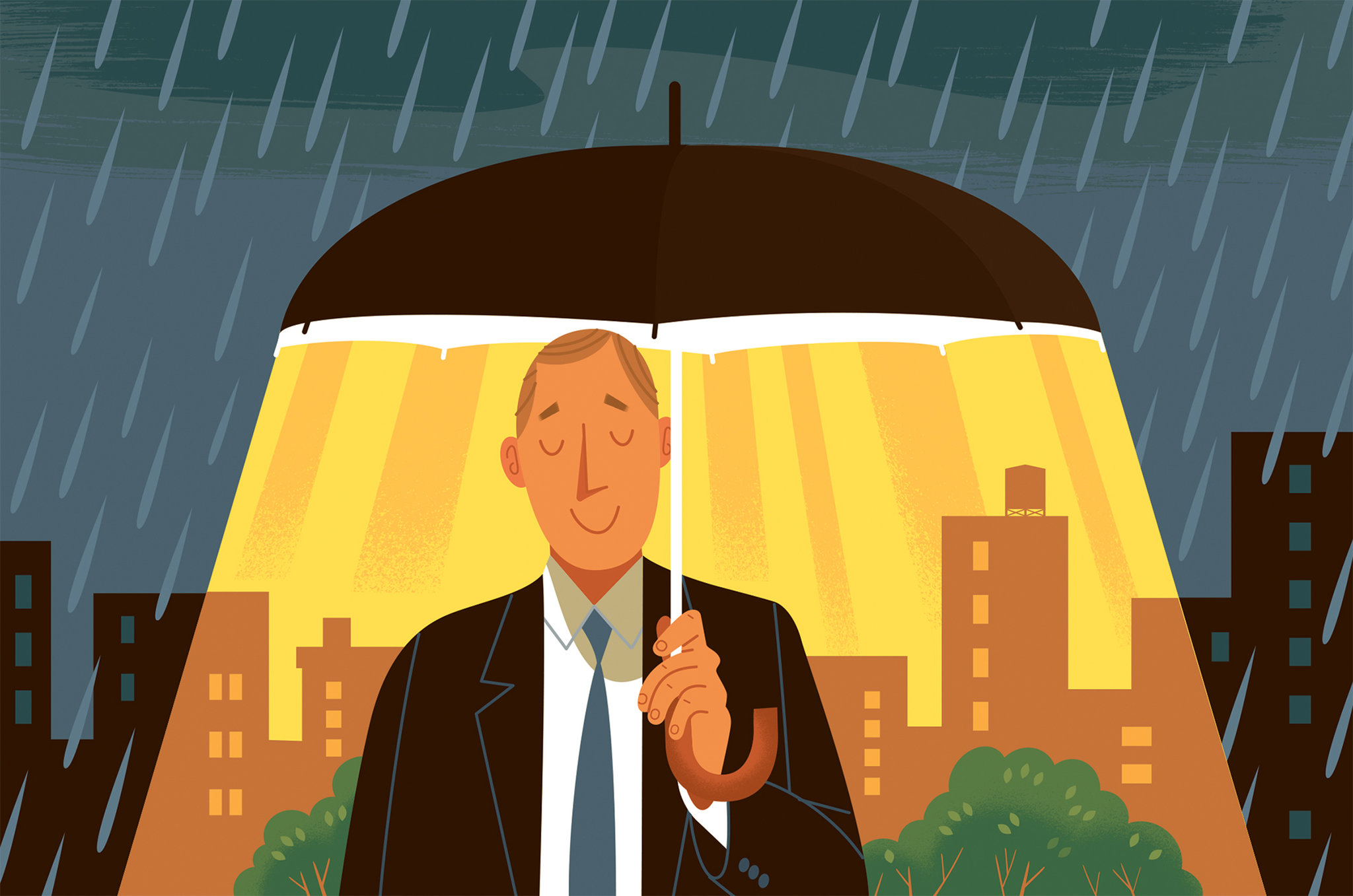 Judith T. Moskowitz, a professor of medical social sciences at Northwestern University Feinberg School of Medicine in Chicago, developed a set of eight skills to help foster positive emotions. In earlier research at the University of California, San Francisco, she and colleagues found that people with new diagnoses of H.I.V. infection who practiced these skills carried a lower load of the virus, were more likely to take their medication correctly, and were less likely to need antidepressants to help them cope with their illness.

The researchers studied 159 people who had recently learned they had H.I.V. and randomly assigned them to either a five-session positive emotions training course or five sessions of general support. Fifteen months past their H.I.V. diagnosis, those trained in the eight skills maintained higher levels of positive feelings and fewer negative thoughts related to their infection.

An important goal of the training is to help people feel happy, calm and satisfied in the midst of a health crisis. Improvements in their health and longevity are a bonus. Each participant is encouraged to learn at least three of the eight skills and practice one or more each day. The eight skills are:

■ Recognize a positive event each day.

■ Savor that event and log it in a journal or tell someone about it.

■ List a personal strength and note how you used it.

■ Set an attainable goal and note your progress.

■ Report a relatively minor stress and list ways to reappraise the event positively.

■ Practice mindfulness, focusing on the here and now rather than the past or future.

Dr. Moskowitz said she was inspired by observations that people with AIDS, Type 2 diabetes and other chronic illnesses lived longer if they demonstrated positive emotions.

Gregg De Meza, a 56-year-old architect in San Francisco who learned he was infected with H.I.V. four years ago, told me that learning “positivity” skills turned his life around. He said he felt “stupid and careless” about becoming infected and had initially kept his diagnosis a secret.

“When I entered the study, I felt like my entire world was completely unraveling,” he said. “The training reminded me to rely on my social network, and I decided to be honest with my friends. I realized that to show your real strength is to show your weakness. No pun intended, it made me more positive, more compassionate, and I’m now healthier than I’ve ever been.”

Psychologically, a positive view can enhance belief in one’s abilities, decrease perceived stress and foster healthful behaviors. Physiologically, people with positive views of aging had lower levels of C-reactive protein, a marker of stress-related inflammation associated with heart disease and other illnesses, even after accounting for possible influences like age, health status, sex, race and education than those with a negative outlook. They also lived significantly longer.

So, sing along with Eric Idle, Michael Palin, and others.  I did and loved it.  I feel better already.  You will, too, I bet.  The whistle is contagious, as you will see….And who knows, you may live longer.