Eyes on the Prize–What Your Fovea Say About Your Engagement 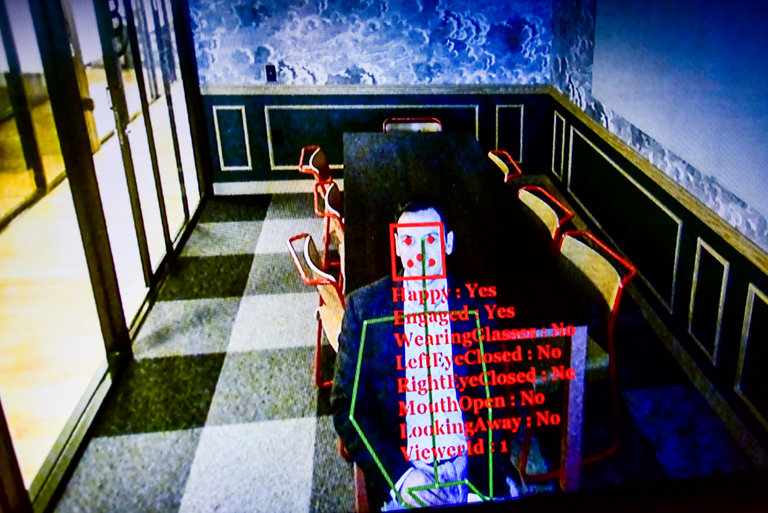 Software that tracks a viewer’s habits through a monitor attached to the TV offered by TVision Insights. Gladwell traced eye focus back to Sesame Street’s use of the Distractor that measured “stickiness” to the pre-schoolers watching the show in his book, The Tipping Point.

Vance Packard’s iconic book on the inside story of advertising called “The Hidden Persuaders”, first published in 1957, explores the use of consumer motivational research and other psychological techniques, including depth psychology and subliminal tactics, by advertisers to manipulate expectations and induce desire for products, particularly in the American postwar era.

Science and motivational psychology has moved on to Big Data and by that I also mean “small data,” in that face-reading or more specifically eye-reading, where the eye’s fovea are directed, now becoming the new metrics for gauging interest and engagement in programming and advertising.  The fovea is the part of the eye targeted because it is this tiny area of the eye responsible for our central, sharpest vision. A healthy fovea is key for reading, watching television, driving, and other activities that require the ability to see detail.  TVision Insights, and other companies, offer software that sits on the TV and measures foveal contact with what’s on the screen.  More foveal vbision on the screen, more interest and engagement.

Gladwell’s The Tipping Point calls this social phenomenon  of engagement with content “the stickiness factor” in partial explanation of what makes something go viral.  He recounts how “Sesame Street” would invite preschoolers into a room and have episodes of “Sesame Street” on the TV screen and a screen next to it with slides changes every 7 1/2 seconds.  The more the children looked away from the TV and to the slides, the lower the stickiness score for the show and the more the show or episode was at risk.  The “tipping point” was 50%.  The device was called the Disruptor.  “Sesame Street” also used the Disruptor to test character dialogue, scene length, and even character interactions with humans.

Among the findings from the Disruptor: No single segment of the format should go beyond four minutes with three minutes being optimal (YouTube analysts say the same for videos posted on its site); preschool audiences also didn’t like it when the adult cast got into contentious discussions or when two or three people were talking at once.  Kids don’t like confusion or disarray.  They also hated characters who punned.  Preschoolers don’t understand puns and stop looking and listening.

The most important lesson happened in an experiment in Philadelphia where fantasy was purposely separated from reality, the Muppets from street scenes, according to what child psychologists said was important.  But as soon as the show went to a street scene, the kids lost all interest until the Muppets came back on.  Weeks before the show was to run, they had developed characters like Big Bird, Oscar the Grouch, and Snuffleupagus to interact with adults on the street.

TVision Insights can measure not only show content and commercials being watched and how, but when and where, such as weeks or months later on their smartphones, laptops, Roku boxes or TVs.  TVision Insights doesn’t think personal privacy is being violated.

Nielsen is still the “King of Watch,” but it only tells advertisers whose got what on, not if they’re watching it, really watching it. TVision Insights can do both. What’s on and who’s watching it, literally.  In the era of multi-tasking, it’s not really clear who’s watching what.

Has TVision found anything significant?  It thinks so.  TVision found that the series “Lucifer,” on Fox, commanded better attention metrics from viewers than “The Big Bang Theory, on CBS, even though “Big Bang” is one of the TV shows rated highest by Nielsen.

Time for CBS to get the Disruptor or it’s going to be disrupted.

Fair enough,  that’s not literally face-reading but it’s close (Gladwell has an essay on that, too, see his post:  http://gladwell.com/the-naked-face/).   But TVision knows that if you ask a viewer to wear a Fitbit watch while they’re watching, you could monitor heart rate which is another indication of engagement, much like lie detectors do.  Are they next for marketers?