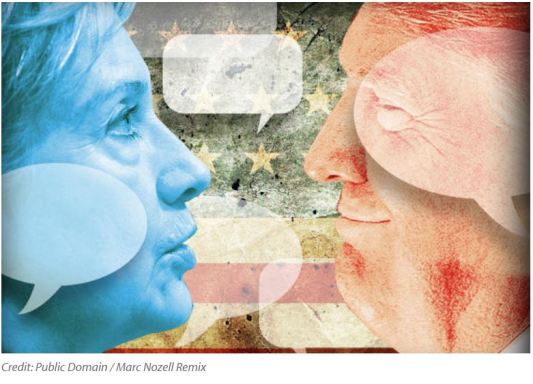 Social media was used in previous elections however no presidential candidate has been able to master it as well as Trump.  While you may not agree with his policies, politics, etc. he has used social media to bypass the mainstream media to communicate directly with his followers. His Twitter account currently has 22.9 million followers, which is many times that than viewers/readers of mainstream news media outlets. Polls have shown that social media is the most important platform for the millennial generation with 35% of them between 18 and 29 stating that this was the most helpful source of information for the election.

Both mainstream media and social media have credibility issues right now.  Mainstream media is more concerned about being the first to release the news and often rushes articles out to publication and are less concerned about ensuring the facts are correct.  Social media’s issue is that anyone can publish news and share it with millions of people in a matter of hours or days.  Most people are not going to question or challenge the source when the see the news in their Facebook news feed.  Trump has been able to fire off a Tweet to help clarify his message.  Sometimes this works in his favor, sometimes not.

Social media has played a larger role in this election than anyone could have imagined. Trump was able to and continues to get his message out directly to the people and bypass mainstream media.  Not only do his followers get the message immediately, it comes directly from Trump himself and you do not have to worry about others putting their spin on the message.  Again, you may not agree with the message but at least you know where he stands on an issue (at that moment).

1 Response to Did social media help Trump win the election?