Harnessing your brainwaves for collaboration 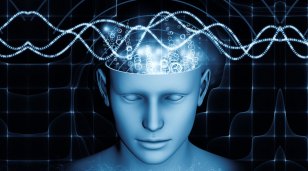 A few weeks ago I posted about the controversy that will likely come with wearable technology such as Microsoft HoloLens. I closed that post by mentioning that human brain integration (or brain-computer interface) was coming. That sentiment was almost saying, wearable devices are the least of our worries; however, that’s not how I want to approach the topic this week. Instead, this week’s post will focus the combination of augmented reality devices and brain-computer interfaces.

First, what is brain-computer integration? According to Gartner’s 2015 Hype Cycle for Emerging Technologies, it “is a type of user interface, whereby the user voluntarily generates distinct brain patterns that are interpreted by the computer as commands to control an application or device.” In so many ways, using your brain to control your computer seems hard to believe; however, if you watch a TED talk by Tan Le, the founder of Emotiv, it’s not that hard to picture. During the talk, she shows a live demo of a person using their mind to control an object on a computer screen within minutes of putting the device on.

Emotiv’s technology has grown from the demo Tan Le provided five years back; it now allows users to monitor their health and fitness, create music, play games, and control electric devices like wheel chairs. Competitors like NeuroSky have technology that is more focused on collecting and analyzing biometrics (ex. stress levels, sleep patterns, motion sickness) which may have uses such as for tele-medicine. Other competitors like BrainControl focus more on aiding people to live with conditions like MS and ALS. People with cognitive and physical disabilities are certainly a target market for such devices, but the market is not limited to this group.

This technology has the potential to be a highly social one, as it has the potential to bring people into the conversation that may have previously been left out. This may mean someone with a disability, or someone who is not co-located with the rest of the team. One area where distributed team members may be left out is in design thinking exercises, since prototyping is generally a hands on activity. When teams engage in a video conference to do this, the interaction just isn’t there.

There are options coming to help with this, however. As more apps are developed for HoloLens (not yet released), the solution will allow for such activities to take place through holographic collaboration allowing distributed members to get their hands in the game. Using tools such as Emotiv’s Insight device in conjunction with HoloLens has the potential to increase the naturalness of communication for virtual design teams, create a positive social experience, increase the speed at which prototyping could be accomplished, and open the experience up to those who could not physically move (with gestures) to control the HoloLens. Emotiv’s tools already allow items to be moved around the screen; therefore, common prototyping materials like popsicle sticks could be used and put in place using a team members mind. If the technology advances to such a stage in which what we picture in our mind will show up, this will allow us to get ideas out that we have challenges explaining.

This idea is not fully new. I found a blog that discussed using HoloLens with Autodesk Fusion, an CAD (design and engineering) tool. Others have also suggested the combination of HoloLens and Emotiv.

We have some ways to go before this is a reality. HoloLens is currently only released to developers, and such brain-computer interfaces are still very young in the market. There are also medical and social questions associated with the use of the devices. For example, is there a negative impact from using a device that reads your brainwaves for long periods? Also, right now, the technologies are only used to read brain waves, not communicate the other way, but if the later occurs will this lead to more social concern? The device communicates through Bluetooth and this will lead some to wonder about the security of their communication and whether people could take over the device to read their private thoughts. These things will need to be worked out, and people will need to become more comfortable with the technology.

What do you think? Would you try one of these devices? Can you imagine the uses? And will this be part of your future social life?