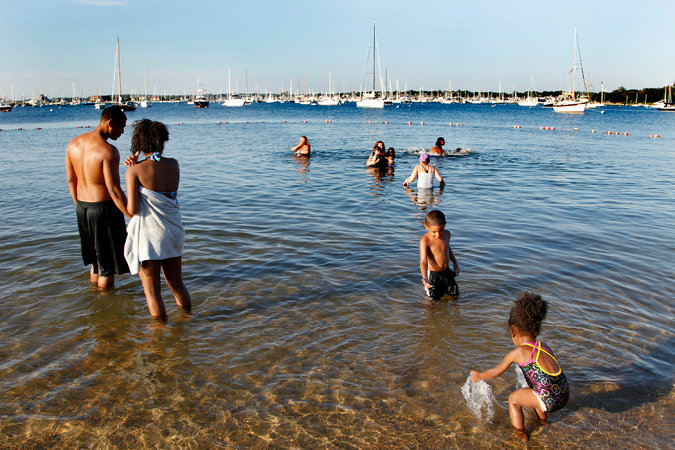 It all started innocently enough. Rhode Island wanted to come up with a slogan that appealed to its residents and those potentially interested in visiting the Ocean State.  They hired a world-renowned designer.  They did market research.  And allocated a $5 million marketing budget.  So far, so good.  But after that things started going down hill.

For starters, a video accompanying the marketing campaign, meant to show all the fun things to do in the state, included a scene shot not in Rhode Island but in Iceland. The website featured restaurants in Massachusetts.

Here’s the “We Are Rhode Island” Promotional Video Video by WPRI:

The slogan that emerged — “Rhode Island: Cooler and Warmer” — left people confused and spawned lampoons along the lines of “Dumb and Dumber.”

“Forget #coolerandwarmer,” read one message. “When we legalize pot, Rhode Island will be ‘Higher and Lower.’”

Another read: “Maybe they were hoping for a debate like Miller Lite’s ‘Tastes great. Less filling.’”

Another suggested: “How about: ‘Rhode Island: Better than You Think’.”

And YouTube followed with a scathing critique of the promotional video:  https://www.youtube.com/watch?v=hsIq2o64__o.

Within days, the backlash had forced the resignation of the state’s chief marketing officer. The governor, Gina M. Raimondo, a first-term Democrat, tried to stop the hemorrhaging by saying she was scrapping the slogan. But she said she was keeping the logo — a vast white sail — and encouraging businesses, like those that sell the state’s famous wieners, to “make it their own” by putting their own logos in the white space.

So what did the governor think went wrong?

“We didn’t do nearly enough public engagement before rolling out the campaign,” she said. Nor did they get “stakeholder engagement and buy-in” in advance. But she avoided answering the question of whether it was a mistake not to seek homegrown talent in the first place, especially from the estimable Rhode Island School of Design.

That might have been a good idea.  US News & World Report has put RISD among its rankings of the best Fine Arts Schools, which looks at graduate programs in art and design throughout the country. In earning the top spot among peer graduate programs, RISD edged out both Yale and the School of the Art Institute of Chicago. That included a #1 ranking in graphic design, glass and interior design; #2 in industrial design, metals/jewelry and printmaking; and #3 in ceramics, multimedia, painting, photography and sculpture.

Ms. Raimondo said her goal now was to engage the public, including opening a studio to allow people to come in and play with the logo and see what evolves. She has appointed Seth Goldenberg, the founder and chief executive of Epic Decade, a Rhode Island design firm, as the state’s interim marketing director.

Final take: When you’re boasting about yourself, try, as Tina Fey always says, “to keep it real.”