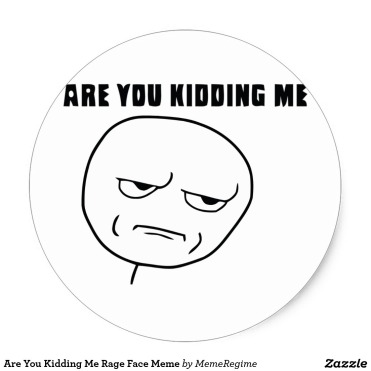 Jan 20th, a “battle” on the Internet happened on Facebook between Chinese Internet users and two Taiwan news media. This event was triggered by the divergent view on a political issue between Chinese people and two Taiwan news medias. Then Chinese Internet users decided to use their own “weapons” to make their voice heard. It sounded like a normal debate about a political issue on the Internet. However, the “weapon” they use was meme picture.

7 pm on that day, these two news media’s Facebook pages were “blew up” by thousands of Chinese Internet users. People crowded in and spammed those pages by picture commenting on its timeline.  Couple minutes later, due to large traffic on the pages, those two media closed their picture commenting function and deleted the controversial report. This Internet event is named “Facebook meme picture battle”.

During that “battle”, meme pictures were used as vehicles and channels for Chinese people to vent their emotion. Hundreds of thousands of meme pictures were created for this event and served as weapons instead of, what was usually used in Internet debate, words. Those meme pictures convey Chinese people’s political opinions but also inspires more people to participate in and create new works. This event has become more than a political debate but also an Internet phenomenon.

The event is so influential that almost every Chinese and Taiwanese who have access to the Internet knows about it. Why did meme pictures become the weapon of this battle? What does this phenomenal event in the Internet history tell us?

According to Wikipedia: Meme , a meme acts as a unit for carrying cultural ideas… that can be transmitted from one mind to another through writing, speech… or other imitable phenomena with a mimicked theme. The core idea of meme is spreading ideas to others by some remixed culture vehicles. According to a TED Talk of Kevin Allocca, trends analysis manager of Youtube, virally spread things usually contains three characteristics: tastemakers, community of participation and unexpectedness. The meme pictures used in this event perfectly follow the rule. People whoever wants to participant in this activity can make new pictures and participate in the discussion. Their opinions are expressed and heard through a simple, funny picture. In times before the Internet and meme, expressing one’s opinion has never been so easy and funny.

Looking back to the Chinese meme picture battle, by participating in mass media conversation, people feel the sense of connection and contributing to the society.More importantly, this event tells that the cultural trend now is no longer defined by certain several powerful media. With the development of Internet, everyone can make his or her idea heard. The age of participation, which is defined by low barriers to articulate expression and civic engagement and sharing one’s creation, has come.

This entry was posted in Participatory Culture, Social Media, Voice. Bookmark the permalink.

1 Response to Why pictures go viral?