Posted on April 21, 2014 by thedigitalclassroom 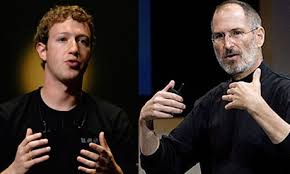 I finally had a chance to sit down and watch the film Jobs based on the life story of innovator, rebel, and Apple Computers founder Steve Jobs and I was inspired by it immensely.  Every once in a while a film comes along that does that to me and it reminds me why I became a filmmaker in the first place.  This was one of those films.  But it goes so much further then that.  The film reminded me that we all can be innovators in our own life and we all have the ability to achieve greatness.  Jobs was an interesting man to say the least.  His belief was that no one person is smarter then the next and despite the messages of conformity that has been driven into our heads since birth, we all have the ability and right to think outside the box and challenge the system put in place by society, hence him getting the title of rebel.  I couldn’t agree more with Mr. Jobs.  He had a great way of putting things and he truly was one of the greatest innovators of the last 100 years.

You may ask me what does this have to do with Social Media?  Well I will tell you this has everything to do with Social Media.  Steve Jobs set out with a goal when he started Apple Computers and that goal was to make the personal computer an extension of the user.   Social Media outlets such as Facebook and Twitter reinforce his dream even more so.  Think about it, our phones, laptops, and other devices are an extension of us.  We do not go anywhere without them and they are personalized to our specific likings.  Our music, money, mail, contacts, etc. are managed through these devices and this trend will continue to expand, grow, and evolve just as Apple devices will.  In and interview with Charlie Rose:

Mark Zuckerberg shared some of his thoughts on Silicon Valley and the “War” between Facebook, Amazon, Google, Apple, Microsoft etc.  Zuckerberg feels his company isn’t really a part of this so called war because their focus is one thing and that one thing is a platform to share content.  He received this advice from Steve Jobs.  Jobs’ advice was to focus on one thing and do it really great as opposed to inflating your company with different ventures that may distract your focus from your main goal.  Jobs also told Zuckerberg to build a great team.  Build a team of people who have just as much passion for what you are doing as you do and that is the key to being successful, very interesting stuff.  I highly reccommend watching all parts of the interview on youtube.

Lastly I would like to reflect on this course a bit since this is my last blog of the semester.  Going into this course I didn’t know what to expect, and the only reason I used social media was to stay in touch with friends on Facebook.  Through the course my eyes have been opened to what a huge universe social media has become, but it’s not just social media, we are at the beginning of the technological revolution.  It started with pioneers like Jobs and Gates and has expanded through Google, Facebook, Twitter, Amazon and the many other platforms out there today.  It’s all connected from the software programming, to the marketing, to the intense competition that exists between rival companies.   These companies are worth billions and Silicon Valley truly is taking over the world.  It’s time for everyone to catch the wave and ride it into the decades to come.

My name is Joseph Lavin and this site is dedicated to exploring the innovation of the digital classroom.
View all posts by thedigitalclassroom →
This entry was posted in Advertising campaigns, Apple, Facebook, Google, Marketing, Microsoft, Social Media, Twitter and tagged #charlierose, #markzuckerberg, #microsoft, #stevejobs, Amazon, Apple, Facebook, Google. Bookmark the permalink.